"And now I feel so different..." Sinead O'Connor 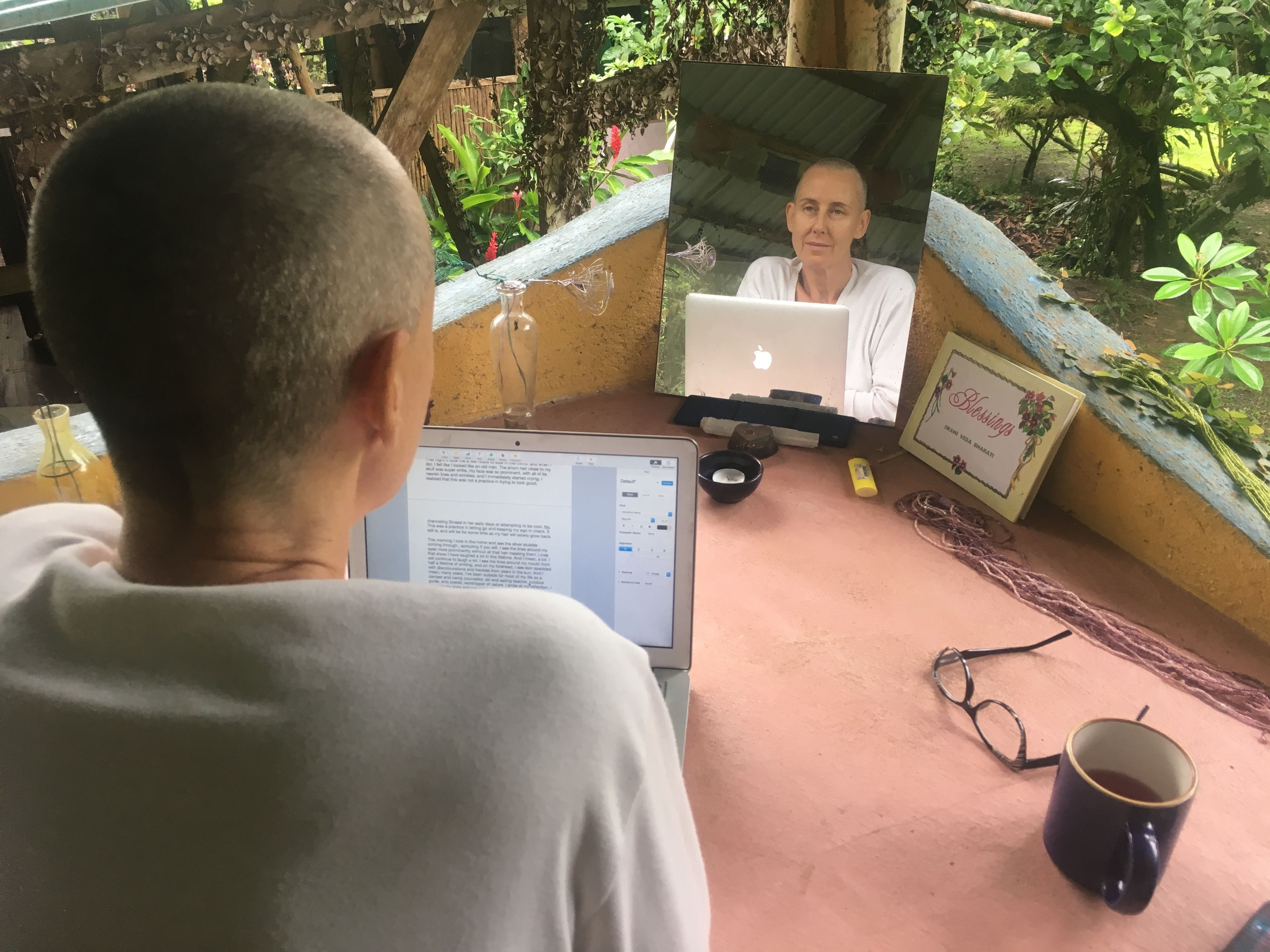 Sitting writing this blog post, finding the essence of the Goddess, despite how I feel I look.

I’m not sure where this phrase came from last week, but I wrote it a couple of times in my journal, wanting to keep it my memory for either a song lyric or a blog post. I really had no idea I’d be using it as a prompt for a spiritual experiment last Tuesday afternoon: shaving my head.

Yup. You read that right. Hair. Gone. My long silver/blonde/brown locks were shorn to the quick...then burnt up later that night in my fire pit in ceremony. I’d been toying with the idea of shaving my head for as long as I can remember. Every time I’d go back to Barrie to visit one of my best pals Jen, who is also the best hairdresser I’ve ever been to, I’d ask her if she’d consider shaving it for me. To this she always replied with something like, “Not in my salon! Get somebody else to do it. You have great hair dude!” (Usually sprinkled with some cuss words for emphasis; we are Barrie girls after all.)

When I was in India, I thought about it for a couple of reasons: one being it was so bloody hot, and the other being that it’d be a sadhana of sorts (spiritual practice). I chickened out for a couple of reasons, the most prominent being I was in a relationship with a fairly famous cricket player, and was worried that without my long sexy tresses, he’d lose interest. He had Bollywood chicks throwing themselves at him, so I felt I had to keep my idea of beauty intact, stay on my game...keep my hair.

Later, while living in Canada, I’d use the bypass of it being so bloody cold most of the time, which is actually true. Having a shaved head underneath a ski helmet doesn’t provide the most insulation. I’m usually cold in the best of times so the idea of using my hair to keep me warm made sense.
Many of you know I’ve been living in warm climates for the past decade or so during the chilly Canadian winter months, and yes, I thought about getting rid of my locks during those times, but there was always another bypass: a music festival I was playing, a music video I was shooting, time spent in L.A. where the modus operandi is usually to look stunning at all times. I’m a bit humbled to say that I bought into that for many years. I don't wear much makeup, and haven't bought into that, but I have bought into placing value on my hair.

As a pre-teen my hair became part of my identity. My mum used to take me down to Toronto to Holt Renfrew’s upscale salon once a year to get my hair highlighted. They did have a great student discount, so there was that, but still...pretty extravagent for a kid from small-town Ontario. This highlighting business continued well into my 30s, whereby I’d often spend inordinate amounts of cash making my hair brighter, which I felt could not only lighten my locks, but lighten my mood too.

I remember coming back to Ontario after a bout with severe depression in my late twenties, and my mum immediately took me to the salon to get my hair done in an effort to make me feel better. She always did the best she could and I love her immensely, so there is no blame, but there is a question of why didn’t we delve into the real issue of why I was depressed? And yes, looking good can make you feel better...temporarily. I remember the Saturday Night Live sketch with Billy Crystal who was imitating Fernando Lamas and crooning, “It’s not how you feel dahling, it’s how you look, and you look mah-velous!” I think many of us take that to heart, and often overlook what’s really going on that’s making us feel so shitty in the first place. And so, we go to the salon, we go binge shopping, we eat copious amounts of Ben and Jerry’s, in attempts to feel good.

I’ve decided that I wanted this to stop. Now. Not next week, after I do a photo shoot on the beach. Not next year after I release a new album. Now. I want to really walk my talk and continue with this “Camino” or journey into freedom. True freedom. Without attachment. I heard Shimshai’s beautiful song, Suddhosi Buddhosi the other day at a friend’s house, which made me stop and think about what I’m attached to most. I’m pretty good with giving up my “stuff” and can let go of material objects pretty easily these days, but when I dove into the notion of my appearance and beauty, that was another story. Everyone has always commented on how fabulous my hair is. It had become something with which I had identified my actual being, which is total bullshit. I can say in my workshops and writings/songs that “I am enough” and all that jazz, but can I live it? It’s pretty easy to write a song inspiring people to know that they are enough, despite their physical “flaws” or “limitations” when you are blond, tall and lean and fit into what our present day society deems “beautiful”. It’s another thing to inspire through living it. And that’s what I want to do. 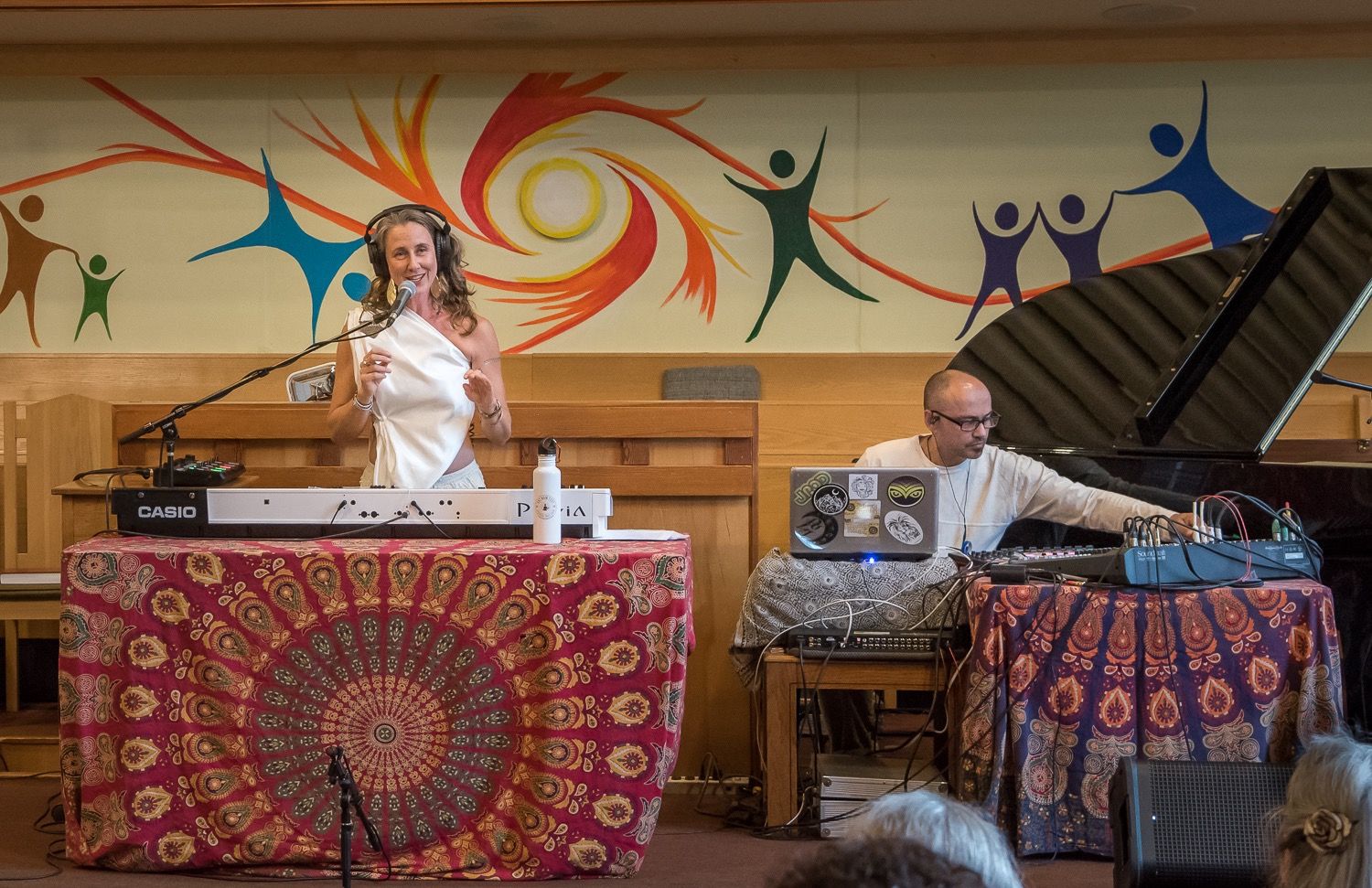 Embodying what I deemed a "Goddess" presence during my CD Release event in Canada.

And so, the other day, as I began toying with the idea of doing the full shave, I googled the spiritual significance of shaving one’s head, and up came an explanation by Sadhguru, one of my fave teachers, who said that if a woman shaves her head on the day before the new moon, it is super powerful as a sadhana, and that the energies will flow more readily to the upper part of the body. It was the day before new moon. My friend Fabrice came by to give me a massage, and he and his beloved both have buzzed noggins, so I asked him hesitantly if he brought his buzzers with him. When he replied that indeed he did, I burst out with “Shit. I think I want you to buzz my hair.” And so, after setting an intention and sitting with the idea for about 5 minutes in silence I said “yes”. A Jewish proverb that I use came to mind, “If not now, when?”

That night it took me a few hours to look in the mirror, and when I did, I felt like I looked like an old man. The shorn hair close to my skull was super white, my face was so prominent, with all of its newish lines and wrinkles, and I immediately started crying. I realized that this was not a practice in trying to look good, channeling Sinead in her early days or attempting to be cool. I’m also not losing my mind (as my Dad feared when I told him). No. I’m actually experiencing a true clarity of mind right now. This was and is a practice in letting go and keeping my ego in check. It still is, and will be for some time as my hair will slowly grow back. Hair is powerful, energetically. I remember after Mum died I visited an Anishinaabe healer in Midland. She told me that my hair was holding a lot of grief, and that to get rid of this, I could wash it with cedar water as a way to cleanse and clear. I feel like last week, I took this to a whole new level. I feel very clear.

This morning I look in the mirror and see the silver stubble coming through...sprouting if you will. I see the lines around my eyes more prominently without all that hair masking them. Lines that show I have laughed a lot in this lifetime. And I mean, a lot. I will continue to laugh a lot. I see the lines around my mouth from half a lifetime of smiling, and on my forehead, I see skin speckled with discolourations and freckles from years in the sun. And I mean, many years. I’ve been outside for most of my life as a camper and camp counsellor, ski and sailing teacher, outdoor guide, and overall, worshipper of nature. I smile at my reflection. I look into my eyes and see within them, my own soul. The universe. Tomorrow I may catch my relfection in the window and be momentarily shocked and grieve my former lovley locks, but it will be fleeting. For I know that as I contine to choose more courage over comfort, I pave the way for my own life filled with beauty and love, and dive deeper into freedom. Sat Nam. 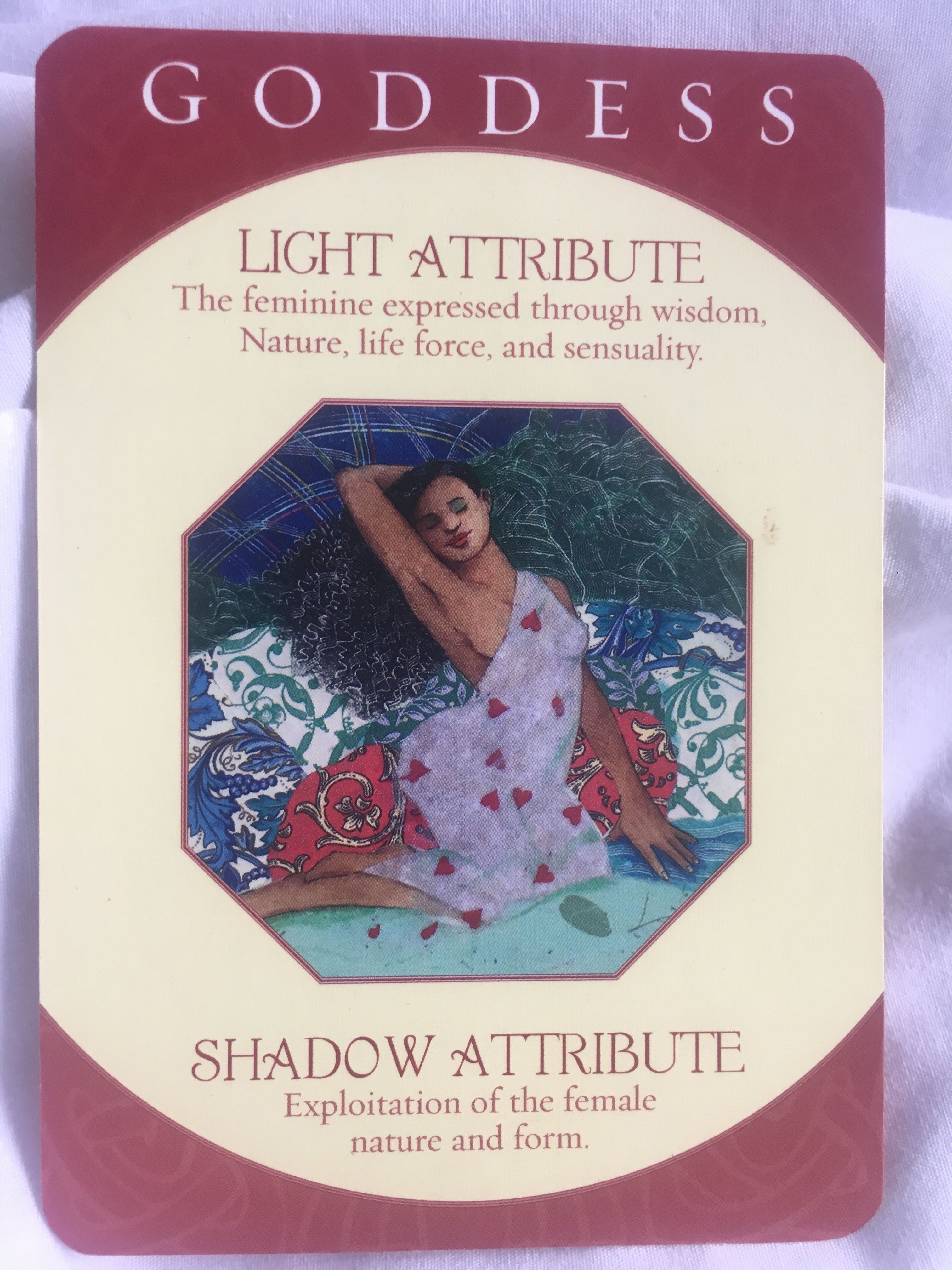 It's all part of it: the Light and the Shadow. The masculine and the feminine. I embody it all.